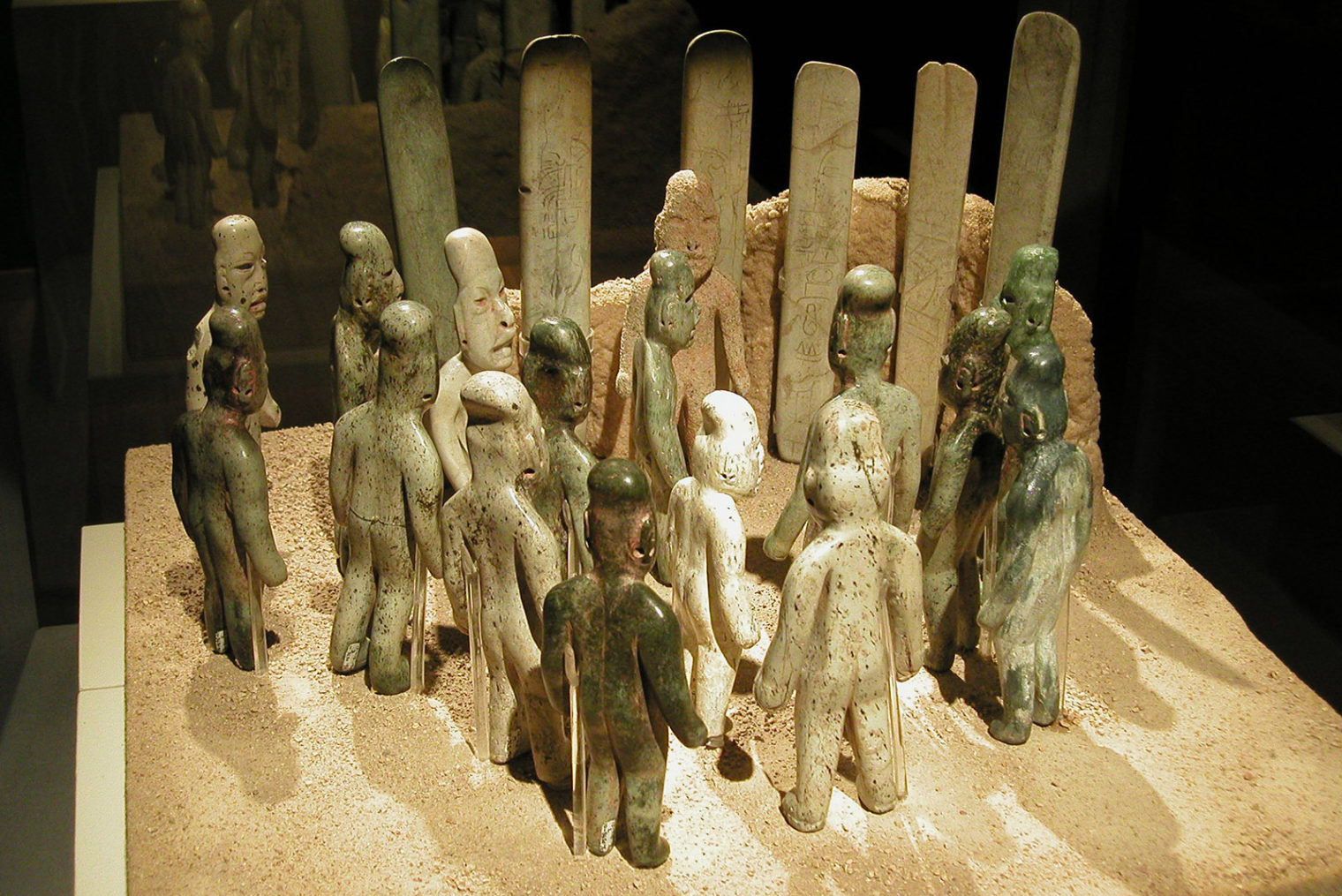 On show from March to September 2005

With the “Mexico – Humans and the Cosmos” exhibition, the Kunsthalle Leoben not only continued the tradition of its own large-scale exhibitions exploring the importance, diversity and fascination of various advanced cultures of the world, it also added an significant milestone to the previous exhibitions on pre-Columbian cultures of Mesoamerica that had been shown in Austria.

In an unprecedented density, the exhibition revealed the interweaving between microcosm and macrocosm mentioned in the title of the exhibition, the incorporation and reproduction of the human being in artistic creations typical of Mexico, and above all the relationship to the cosmic world view of pre-Hispanic cultures. Whether they were made of stone, clay, bone, obsidian or gold – these depictions and artworks all served to express the relationship between human and cosmic events.

Objects from more than 40 Mexican collections

The exhibits were drawn from over 40 Mexican museums and collections, many of them on public display for the first time. These impressive documents of Mexican archaeological research of the past few years revealed the diversity, the religious will to create art, and the quality of pre-Hispanic cultures.