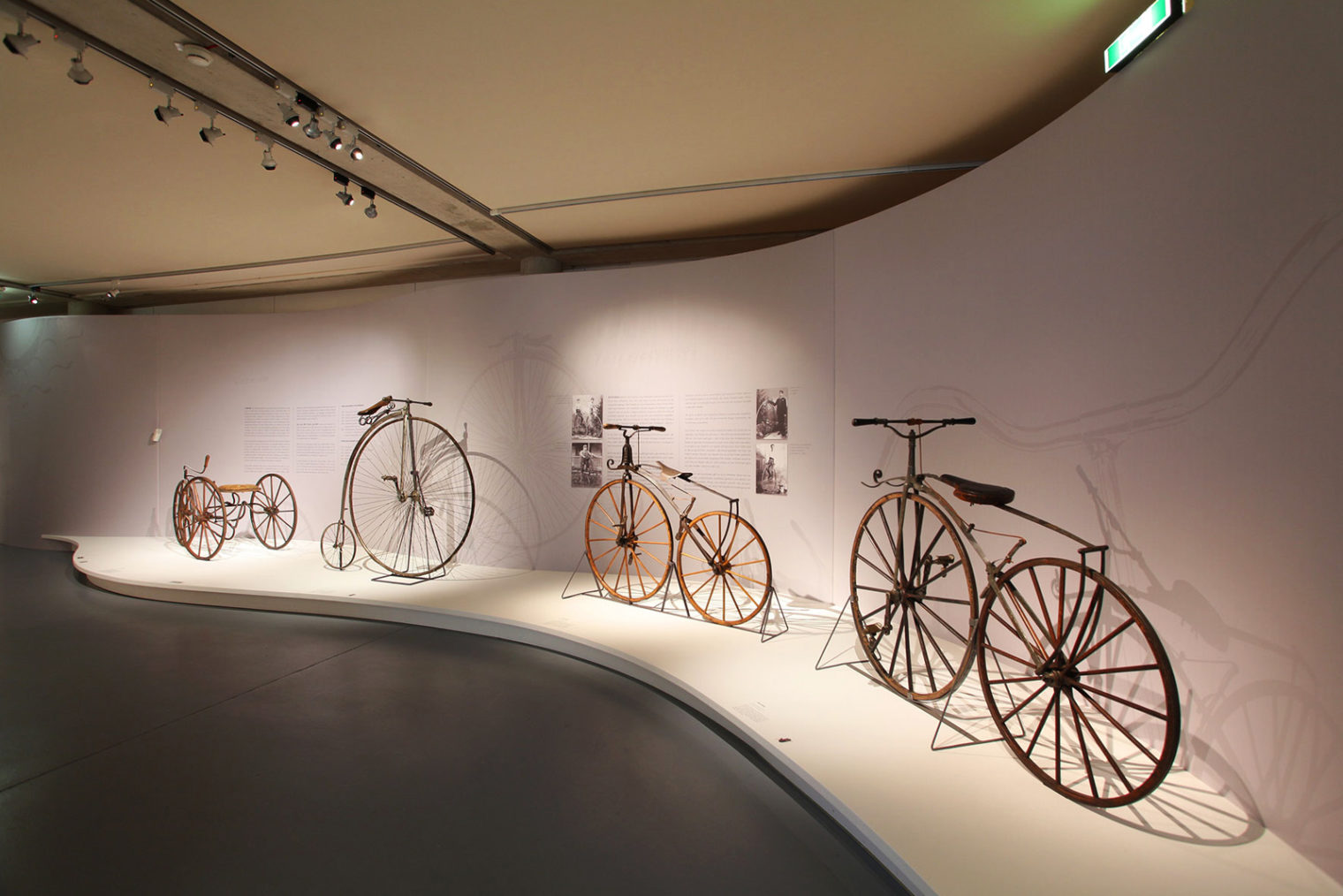 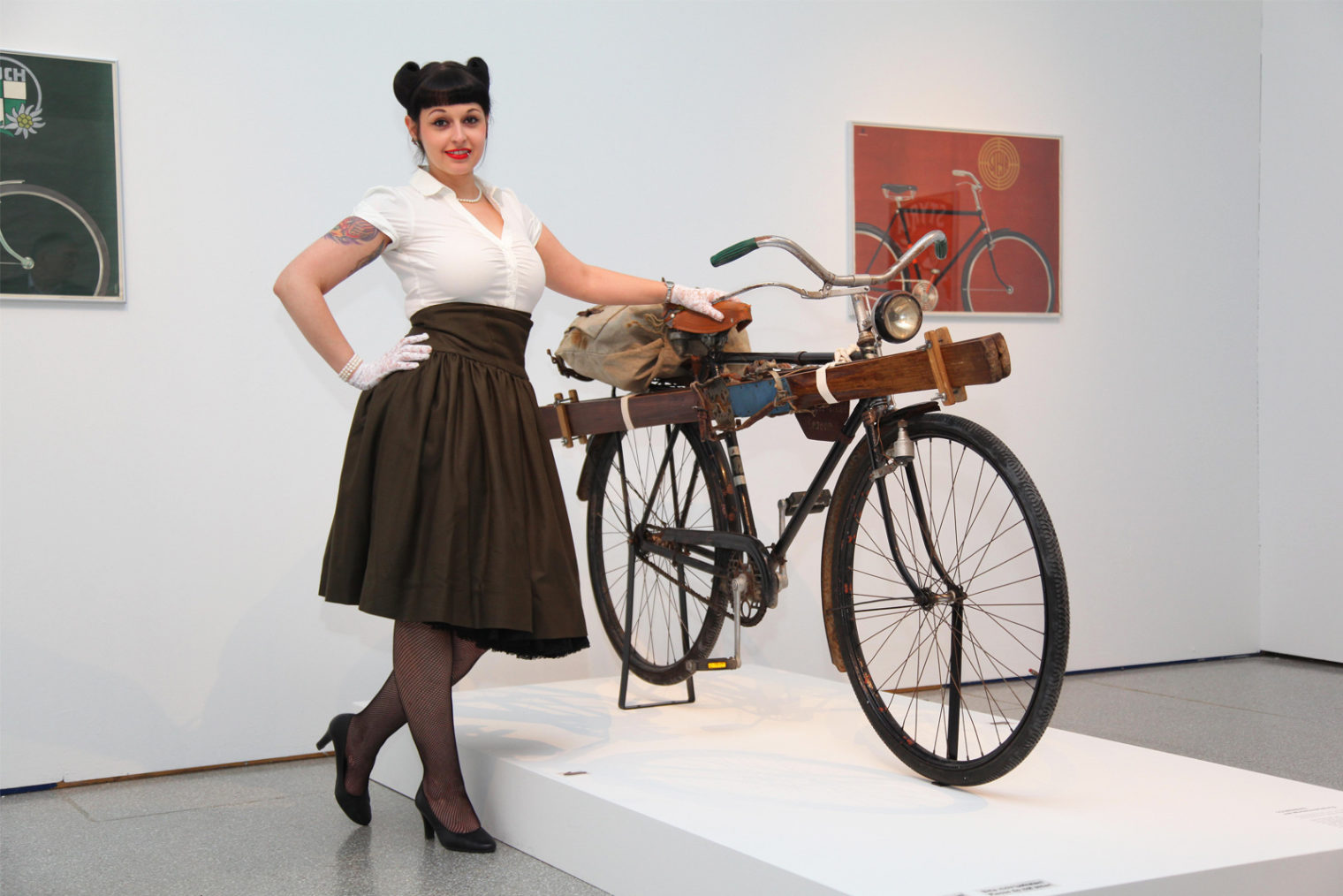 On show from April to September 2012

Over the past 195 years, since Karl Friedrich Drais von Sauerbronn invented the first “running machine”, the bicycle has not only changed in its shape and form – its status in society has also shifted repeatedly.

While cycling was at first no more than a luxurious pastime for members of the nobility, it later played a very important role in the emancipation of women. It also enabled the working population to get from A to B faster and made them more independent – if you had a bike, you were able to get around! In times of war and hardship, it served as a means of transport; folding bicycles were used by the military during the First World War.

From image loss to the new hype

In the 1960s and 70s, the bicycle suffered from a major loss of status and was seen as a vehicle for poor people and a toy for children. However, when various kinds of bicycle aimed at different markets were created in the 1980s, cycling began to enjoy a new boom. The transformation in the style of bicycles was the common thread running through the exhibition. Starting from the now strange-looking dandy horse, to spectacular penny-farthings, tricycles, the various developments of the safety bicycle through to high-tech bikes and e-bikes – loans from the Vienna Museum of Science and Technology, Universalmuseum Joanneum and rare private collector’s items illustrated the evolution of the bicycle over the course of history.

Examples of the Austrian bicycle industry

The exhibition highlighted the close connection between bicycles and their users. This attachment was reflected in posters, film and photo documentation, and also in authentic stories of cyclists from today and the past. Interesting examples of the Austrian bicycle industry from the 19th and 20th century showed that the development and production of bicycles was certainly not limited to Germany, Italy and France. These bikes are still known as “Puch-Rad” or “Steyr-Waffenrad” today. The exhibition at Kunsthalle Leoben also featured special interactive stations to encourage participation.